This vision was the result of visits by 69 medical teams who traveled to their sister parishes in Haiti for over 15 years. It was obvious at the time that what was needed was a hospital of “American Standards” to where they might refer patients. 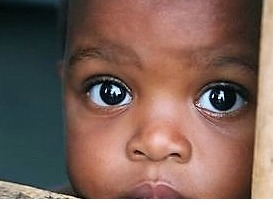 In March 1999, a Charter was formed and By-Laws were written. Over the course of several years, Mrs. Patterson laid the groundwork for the establishment of this 501 (c)(3) nonprofit organization.

In August of 2002, Fran Rajotte was hired to serve as Development Director for the nonprofit.

In January 2003, a Capital Campaign was launched with the intent to create the site, infrastructure and buildings for a rural outpatient clinic, and later the addition of surgical suites, in one of the most widely underserved areas of Haiti, in the Nippes Department.

Finally, in January 2008, the first part of this goal was realized with the completion and opening of Visitation Clinic in the town of Petite Rivière de Nippes, located in the southwest corridor of Haiti. It is located on a hillside with the mountain range on one side and the Caribbean on the other. Visitation Clinic has become a model for creating transformative healthcare in rural Haiti. The clinic is an architecturally innovative, energy-efficient building with first-rate medical infrastructure including a medical laboratory, full-service dental clinic, radiology, pharmacy, electronic medical record system, solar power and satellite internet. Its flexible interior space can be divided into separate exam and procedure rooms or can be opened for an emergency care of ward patients.

During the cholera epidemic that swept throughout the country in the aftermath of the devastating January 2010 earthquake, Visitation Clinic treated over 70 critically ill patients who fell ill with cholera. All patients who made it to the clinic survived.

The bulk of our medical services are provided by a full-time, all-Haitian medical and administrative staff. They operate the clinic every weekday and provide routine, low-cost, subsidized healthcare to over 1,000 patients per month.

In addition, Visitation Clinic was designed to accommodate visiting specialists. These teams assist with general primary care duties, but also hold special clinics, including eye exams, dental exams, cervical cancer screening, and other services. These visiting teams interact and collaborate with their Haitian medical peers resulting in a natural, organic exchange of ideas and realistic practices. 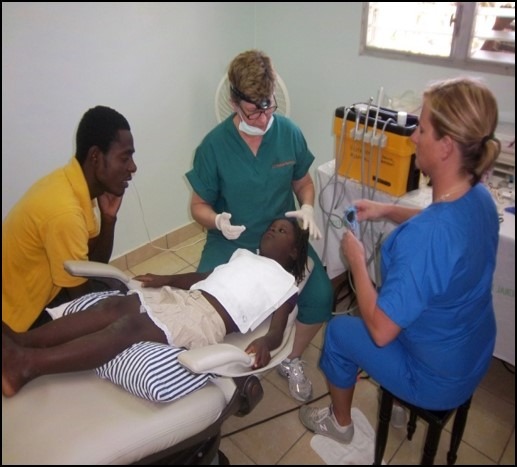 Visitation Clinic has also become a base for public health outreach to the rural areas of the region. VHF has launched programs and groups that have conducted mobile clinics, child de-worming programs in schools, mobile eye clinics, cholera prevention programs, HIV/AIDS prevention and education classes, and the employment of community health workers to work with persons living with HIV/AIDS and other medical issues. Visitation Clinic even became an assembly and distribution center for single-family, bucket based water filtration system serving over 16,000 people.

Visitation Clinic opened in 2008 and we have treated over 300,000 patient cases. The clinic has gained a reputation throughout the country as a leading healthcare provider for the population, treating people with dignity, compassion, professionalism and excellent care. 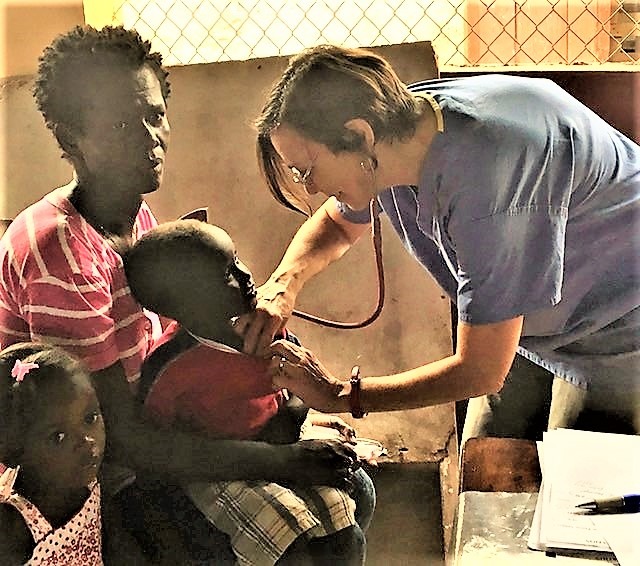 In 2014, VHF added midwifery services, and trained more than 40 local matrôns, or Haitian midwives, since women were comfortable having their babies in their homes. Since then, more and more women are choosing to have their babies in the safety of the clinic, especially those who are more high-risk.

With education of mothers and pre- and post-natal care, we are seeing a significant decrease in baby and mother mortality in the area we serve.

Visitation Hospital Foundation’s ultimate goal, as part of a five-phase approach, is to construct a full-service hospital that will serve the region that will include 6-12 inpatient beds initially including four L & D, two surgical suites, an ER and digital radiography services. The Covid crisis was indeed a setback. However, in 2022, through the generosity of a donor, will be able to construct the surgical center and we are currently in the planning process. Additionally, we have been blessed with yet another donor, who is currently working to launch a fundraising campaign for needed equipment and operations, so that we can continue to advance our mission and provide high-quality, compassionate healthcare to the Haitian people.